When Facebook first launched in 2004, many people had no idea what to do with it. The social media networking side had little under a thousand users who were still trying to figure out what to say. Fast forward to 2013 and you have more than 1 billion users with a lot on their minds. Thanks to the millions of posts and advertisements that currently make its way through Facebook’s servers each day, it is difficult for advertisements to be seen without utilizing the tools that are offered to you. There are very important areas you must become familiar with in order to fully optimize your visibility.

First of all, know that Facebook users provide information about themselves that is important to helping you pick your target demographic out of the masses. Information such as region, gender, age, and even interests, are all provided that helps an advertiser buy advertisements specifically targeted to the groups that they want to reach. For example, a company selling baby formula would be more likely to want to reach parents, and would not typically want to purchase advertisements that are going to be seen by children or seniors.

More than that, Facebook users pick and choose their specific interests. Many users will “like” pages dedicated to their interests, such as movies, books, music, and television shows. Even more specifically, users will choose interests such as horror movies, books about history and war, rock ‘n roll music, and favorite TV shows like How I Met Your Mother. There are tools used for optimizing these interests, such as Qwaya. If you were marketing a sitcom, you could purchase ads to be seen by someone who likes other sitcoms by using this tool, as opposed to someone who seems to prefer books to television. If you are selling plane tickets overseas, you would want to target groups who “like” overseas locations, events, and hotels.

You can segment your audience with modifications that can get your audience down to a reasonable number for your budget. Why pay for an advertisement to be seen by 6 million people of all ages with a wide variety of interests, when you can pay for your ad to be seen by 300,000 people who are all female, are exactly between the ages of 25 and 35, live in Texas, and enjoy shopping at Bed Bath & Beyond? The point is to market on a target field, and get the most out of your advertisements on your budget.

Qwaya is a helpful Facebook advertiser’s tool. With this tool, you can create several advertisements and give them test runs, allowing you to see the groups that view your advertisements, what their interests are, and helps you optimize your viewers. If your target demographic is more likely to be online during the evening hours, use the scheduling feature to run your ads in the evening, which helps to make sure money is being spent in the right places and at the best time for you to reach your target audience.

Now your target demographic can see the advertisement, but it is important to remember that these users have seen dozens of other advertisements throughout the day. It is important to create a presentable and appealing advertisement that can pull your audience in. You want them to want to click your links, visit your website, and hear what you have to say. Unfortunately, you only have a limited number of characters to tell your story, so you really want to tweak and test your ads until you stand out from the crowd. There are a few guidelines that can help you optimize the advertisement itself.

Don’t take shortcuts, use proper grammar, punctuation, and spelling. It is tempting to take shortcuts when you are only presented with 140 characters. On Twitter, shortcuts like “b4” instead of “before” are sometimes acceptable due to the 140 character limit, but those types of shortcuts won’t be accepted on a site like Facebook. Draw attention with words and images, and always tell the truth. Do not try to attract attention with flashy graphics, all capital letters, generic stock photographs, or promises of the consumer’s weight in gold if they just “click here.”

Include a call to action or ask a question. Take a look at your competitors, rely on expert social media content writers, whatever it takes to make your 140 characters really stand out.

Try out new ads every once in a while and see which ads perform better than others. Try showing your ads at different times to see which times generate more Facebook “likes.” The people will tell you exactly what you need to know to make your ads successful. If you pay attention to the trends, feedback, and listen to the interests of your target groups, you will be able to successfully optimize your advertisements and expand your marketing campaign.

It’s Not About You: Benefit Focused Advertising

Moo! Don’t Be Scared This Halloween… 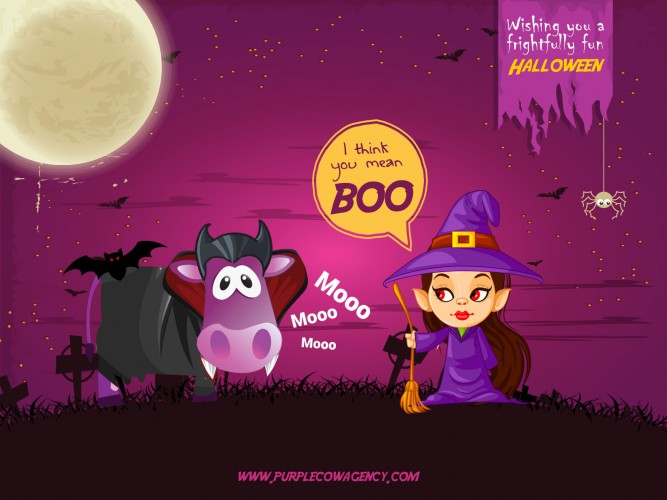 What Is Reciprocity, and How Does It Boost Your Digital Marketing Strategy?

How To Promote Customer Engagement Through Social Media