What are Network Effects?

Network effects are spoken about increasingly in modern tech circles, but popular examples of network effects were seen in early inventions such as the telephone. At its core, network effects are a phenomenon where a product or service’s value increases as the number of users increases. Examples of this include phones and social media; the more people that use these services, the more valuable they become. If very few people used these services, the value of them would diminish. Because everyone has a phone and is connected on that network, phones have risen in personal and commercial value. This is, in a simplified sense, the concept behind network effects.

At its core, network effects are a phenomenon where a product or service’s value increases as the number of users increases. Examples of this include phones and social media; the more people that use these services, the more valuable they become. If very few people used these services, the value of them would diminish. Because everyone has a phone and is connected on that network, phones have risen in personal and commercial value. This is, in a simplified sense, the concept behind network effects.

Network effects are complex, and this complexity creates variation. It’s important to understand the differences between common network effects in order to best utilize them in enterprise.

Two-sided network effects are similar to indirect except the indirectly affected good or service that is increased in value leads to an increase in value in the original good. This creates a cycle where value increases between both services at similar and related rates. As an example, as phones increase in usage and value, technology and software development for those phones also increases in value. This makes owning a phone more desirable.

Local network effects are any of the above types that occurs for, and affects, a subset of people connected through a business, social, or geographic location network. For example, the more people that use Uber in a city will increase the value and availability of the service, but that increase in value in that city won’t affect its value in other locations.

Cost-Benefit and the Catch-22

Every good or service has a cost of use. Purchasing a phone is the cost of joining that network, but today this cost is greatly outdone by the value a phone provides its user. If the cost doesn’t exceed the value of the good, then users need to be incentivized to join the network. This can be done with early-bird perks, extra goods or services, or other bonuses.

One of the problems with network effects is that the good or service in question can’t gain value exponentially if there is no user base, but users want a good or service that already has a network and inherent value. Jumping the hurdle of cost-benefit can be difficult without the proper marketing and user incentives.

The Power of Network Effects in Business

Network effects are an important tool in the company toolbox; businesses with a dedicated and broad user base experience higher returns on investments and profits, and a strong network effect is resilient to change and damage. In fact, network effects are the driving force behind more than 70% of the value created by tech companies. Understanding and implementing network effects is an invaluable way to grow business.

Before the value of a network effect surpasses the cost of upkeep, businesses will experience a period of loss. When that network effect’s value rises enough to meet the company’s cost of doing business, there’s a shift towards profit. As the user base increases, there is an exponential growth in profits. Businesses that understand how to navigate this area of loss and entice users to join their network will pass that breaking point and achieve a profit margin which only increases with users. As people see users experiencing the value of this network, more will join, thereby increasing value for both the company and the user base.

In essence, understanding and incorporating network effects into your growth strategy is not only important for profit, but can increase corporate stability, brand loyalty, and overall value.

How to Utilize Network Effects

Since network effects are so powerful and important for defensibility and growth, it’s shocking how little businesses put into understanding and using them. Consider implementing these methods into your business growth strategy to create network effect potential.

Partner with businesses in industries that create corresponding products or related services. Integrating those goods or services can increase both your corporate value and theirs, as well as the value for the user.

Network effects crumble when users struggle to operate your good or service or have to use multiple platforms to achieve their goal. Make sure all of your users’ goals can be accomplished through a single platform.

Offer unique benefits for your users at a low cost to them. Remember, the start of network effects are marked with a period of loss, so creating a low cost up front for users can lead to benefits when the network effect’s value surpasses the price to maintain it.

A Final Thought on Network Effects

Network effects are integral to growth and defensibility and should, at the very least, be a part of the business strategy planning process. Technology has created a field in which businesses can create and implement network effects easily, but that doesn’t mean it’s easy to do. The potential returns are too high to ignore, however, and discounting network effects entirely can cost you in the long run. Consider where your business may be able to actualize steps to put network effects into motion for you.

Owned, Paid, Earned, and You

Why CYOD is Hotter than BYOD 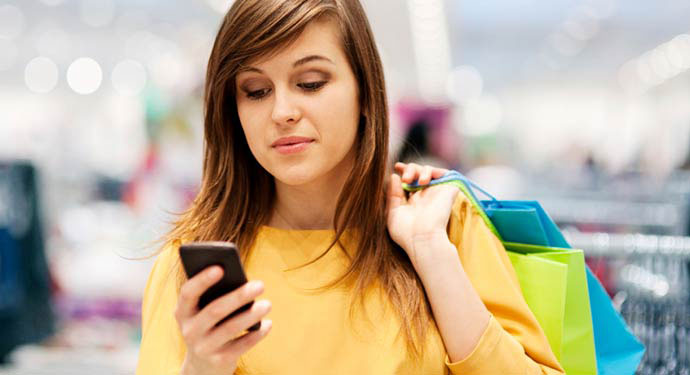 A Tablet Strategy in 7 Easy Steps